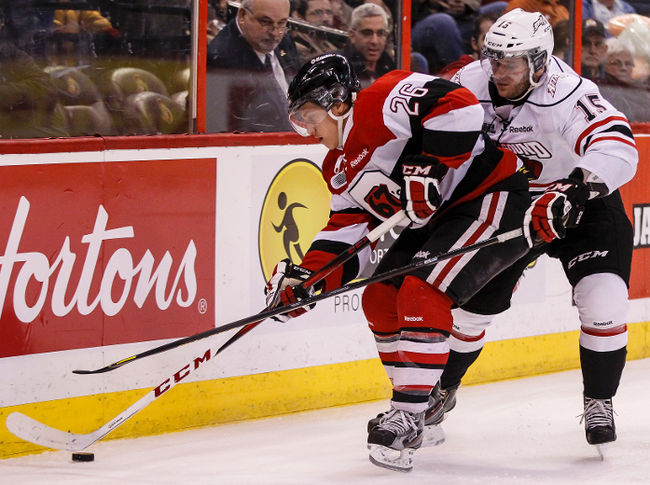 Ottawa also had a goal disallowed when officials ruled that Konecny had directed the puck into the net with a kicking motion.

The 67’s are fighting for the final playoff spot in the OHL’s Eastern Conference and hold that final spot in eighth place, one point ahead of Niagara and two points behind Mississauga.

Holden Cook and Kyle Platzer scored a pair of goals each for the Attack and Santino Centorame also scored for Owen Sound.

Philippe Trudeau made 32 saves for Ottawa.

Moments before, fans were introduced to the new REDBLACKS mascot who walked onto the ice to the applause of one of the largest crowds to attend a 67’s game this season.

The REDBLACKS are holding a contest to name the mascot. Entries can be sent to the REDBLACKS website.

The 67’s play the next six games on the road, starting Friday against Memorial Cup-defending London Knights. Ottawa’s next home game is Tuesday, March 4 against the Mississauga Steelheads in a game that could be prove to be crucial in the race for that final playoff position.