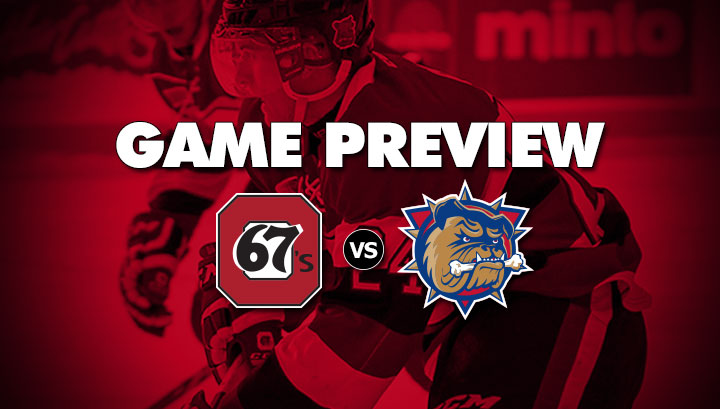 Ottawa heads back to Hamilton for a 7 p.m. puck drop, as they face the Bulldogs for second straight Saturday night matchup.

The 67’s have enjoyed great success against these canines, as they’ve taken both games this season by a combined score of 11-1. They handily defeated the ‘Dogs 6-0 last weekend in Hamilton and broke out of their 0-3 start to the season with a 5-1 trouncing at TD Place.

Sam Studnicka has notched four of his nine goals this season against the Bulldogs, while Dante Salituro has recorded a team-leading five points versus Hamilton.

Salituro continues to score at a torrid pace recently. He’s currently on a seven-game point streak, where he’s racked up four goals and six assists. Over his last 12 games, he has 16 points and has only been held off the scoresheet once.

The Bulldogs on the other hand are most likely in for another long night. Hamilton has scored an Eastern Conference low 60 goals ad has given up 88.

On the bright side, forward Stephen Harper leads the team with 26 points and is one of only two ‘Dogs who sport a plus rating.

The 67’s are 2-1 on their current six game road trip and will look to get their third win against Hamilton tonight.