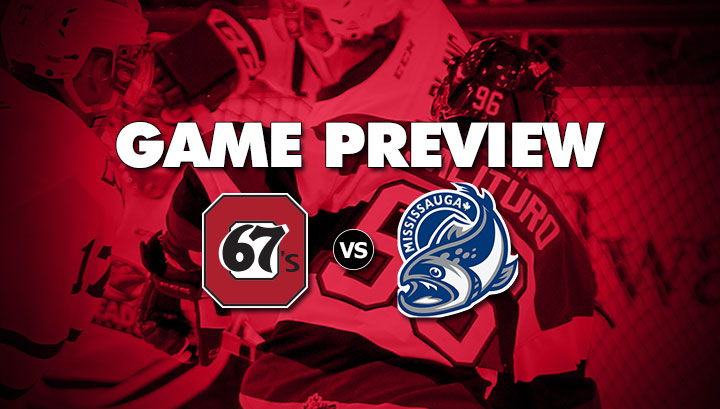 The 67’s are back in action after opening their 49th season in Peterborough with a 5-4 loss to the Petes last night. Ottawa rookie defenseman Noel Hoefenmayer netted his first OHL goal and captain Travis Konecny added two goals in a close game at the Peterborough Memorial Centre.

Looking for their first win, Ottawa will take on the Steelheads tonight at 7:30 p.m. at the Hershey Centre in Mississauga. The Steelheads ended last season in the basement of the OHL standings, sporting a final record of 25-40-2-1. Though no team ever strives to finish in the bottom half, the Steelheads were able to parlay their struggles into a top prospect at the 2015 OHL Priority Selection.

Chosen 4th overall, forward Owen Tippett brings excitement to an underperforming Steelheads roster. The 16-year old scored an impressive 52 goals and added 35 assists in 50 games last season with the Toronto Red Wings Minor Midget team. Steelheads GM James Boyd think he’s ready for the next step in his development, stating that, “With his speed, agility and tremendous shot, he has all the tools to succeed in the OHL.”

Ottawa should be looking forward to this matchup, as they went 3-1 against the Steelheads last year. In each of their victories, the 67’s out scored Mississauga by at least three goals.

The Barber Poles return home for the 2015 TD Place opener on Sunday, September 27 against the Barrie Colts. Face-off is at 3 p.m.