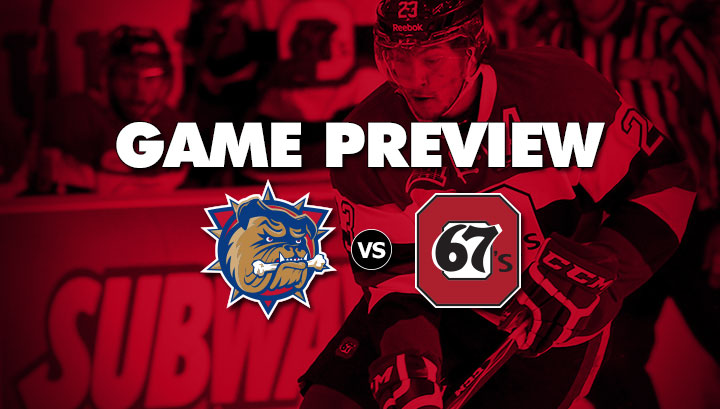 The 67’s host their second home game of the season at 7 p.m. tonight at TD Place against the all-new Hamilton Bulldogs.

The Bulldogs were created with the move of the Belleville Bulls to Steeltown this summer. After 34 years of OHL hockey in Belleville, former Bulls owner Gord Simmonds sold the team to Hamilton businessman Michael Andauer. They now play out of the 17,000-seat FirstOntario Centre. The arena, formerly named Copps Coliseum, has been home to two unsuccessful OHL franchises in the past; the Hamilton Steelhawks and Dukes of Hamilton.

No matter where the opposition hails from, the 67’s need to find their game at home. The start of this season seems very similar to last year’s, as Ottawa got off to an 0-4 start. They indeed regrouped though, winning four of their next five games after the slump and finishing the season fourth in the OHL’s Eastern Conference.

This 67’s team is deep with talent throughout their lineup. After being shutout in their past two games and a week of practices since their last on-ice action, look for the boys to be hungry to break out of this offensive funk in a big way tonight.

Great seats are still available for tonight’s game here, by calling 613-232-6767 x1, or pick them up directly at the TD Place Box Office.