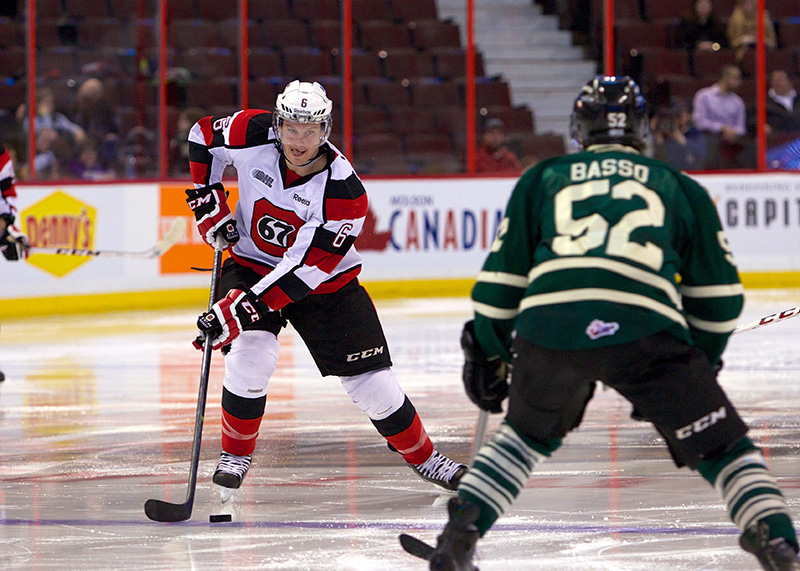 Matt Rupert scored a shorthanded goal with eight minutes remaining in the third to break a 3-3 tie, and the London Knights pulled away for a 6-3 win in Ontario Hockey League action.

Rupert added a goal later in the third and the Knights also scored into an empty net to pull away.

Despite being outshot by a 37-shot margin (shots on goal were 63-26 in favour of London), the 67’s lead at one point in the second period when Erik Bradford scored on a power play.

But Ryan Rupert beat Herbst just six seconds after Bradford’s goal to pull the Knights even.

The 67’s remain tied for eighth with Niagara in the Eastern Conference standings of the OHL, with the top eight teams in each conference making the playoffs. Mississauga remains two points ahead of both teams after the Steelheads lost 4-0 to Peterborough. Mississauga has played one more games than Ottawa and Niagara

Ottawa is in Sarnia on Saturday night and in Kitchener on Sunday.