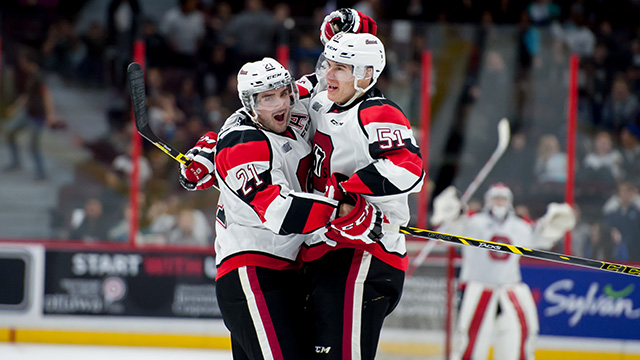 Defenceman Jake Middleton has been named captain of the Ottawa 67’s, following the trade of Travis Konecny and Sam Studnicka to the Sarnia Sting.

Middleton, a 20-year-old draftee of the Los Angeles Kings, is playing his fourth season with the 67’s. He was a first-round selection of the Owen Sound Attack in the 2012 Ontario Hockey League Priority Selection before being traded to Ottawa as a rookie in a deadline deal three years ago.

“Jake is a player who is always prepared and always provides a complete effort,” said Jeff Brown, coach and general manager of the 67’s. “He is a leader and provides an example for his teammates, especially the younger players on our team.”

Guy and de Haan, both from the Ottawa area, are overage players in the final season of junior hockey.

The 67’s acquired forwards Sasha Chmelevski and Chase Campbell, along with several draft picks, in the trade with Sarnia on Wednesday. Both Chmelevski and Campbell will be playing for the 67’s during Friday’s home game at the Arena at TD Place against the Peterborough Petes. The game will begin at 7 p.m.