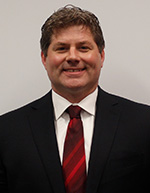 Accompanied by a major junior coaching career few could rival, James Boyd joined the Ottawa 67’s as General Manager prior to the beginning of the franchise’s 50th Anniversary season in 2017/2018. The Mississauga native (and former 67) returned to the Nation’s Capital more than two decades after playing the better part of the 1994/1995 season with the Barber Poles. Following a respectable OHL career that also featured stops in Kitchener and Belleville, Boyd decided to change his focus to coaching. At the age of 23 he found himself back with Belleville Bulls as an Associate Coach, where he spent three seasons in the role before taking over as Head Coach for the 2003/2004 OHL season.

Following his four years behind the bench in Belleville, Boyd found himself a little closer to home, this time taking up a role as Associate Coach for the then Toronto St. Michael’s Majors in 2004. Boyd remained with the organization through their move to his hometown of Mississauga, and in 2011-2012, after four seasons as Associate Coach, took over the joint position of Head Coach/General Manager. Boyd spent 5 seasons in this role before stepping back from coaching responsibilities, and in 2016/2017 as General Manager led the Steelheads to an Eastern Conference Title and appearance in the OHL Final.

Along with a 17 year major junior coaching résumé, Boyd brings with him international experience as well, having represented Canada as an Assistant Coach at the 2004 World U18 Hockey Championships.