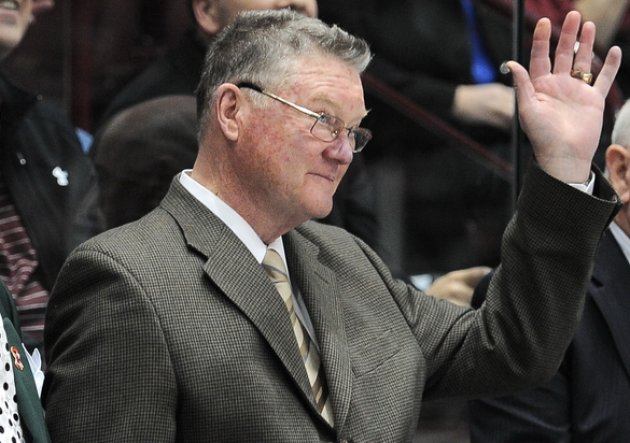 Brian Kilrea will look for win number 1,194 tomorrow night when he takes the bench as the Ottawa 67’s welcome the Mississauga Steelheads to TD Place.

It was announced at last week’s home opener that the 67’s signed “Killer” to a one game contract so fans can celebrate his 80th birthday with him (the actual date for his big 8-oh is Tuesday the 21st).

Kilrea said it will be an honour to coach at TD Place and that it means a lot to be back at Lansdowne where he spent close to 40 years and head coach and GM.

In humble Kilrea fashion he said he would, “try to stay out of the way of Mike Eastwood and Jeff Brown and help out where I can.”

The hockey hall of famer served as head coach of the 67’s for 33 seasons and led the 67’s to 2 Memorial Cup victories in 1984 and 1999.  After handing over the keys to the bench in 2009, Kilrea stayed on as GM and currently serves as a special advisor to hockey operations.

“Killer” is the winningest coach in junior hockey history.  He says two key highlights of his 35 plus year career in junior hockey were, “being a local boy who got to stay in Ottawa and winning the Memorial Cup in front our fans.”

Be sure to check back tomorrow for a preview of this weekend’s games.