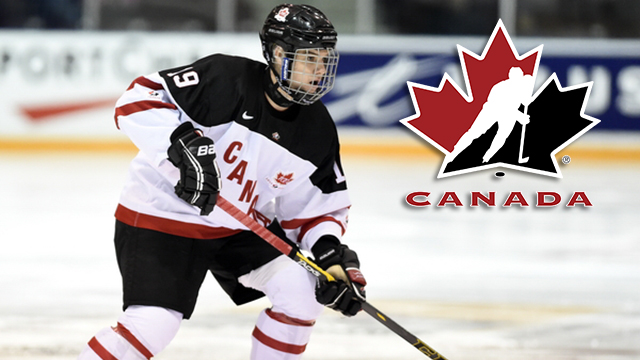 Konecny, the 67’s captain who is preparing for this weekend’s NHL Draft, was named to the Canadian national junior team’s summer development camp roster.

The development camp will take place August 1-6 in Calgary.

Barron was chosen to participate on the Canadian national under-18 team’s selection camp, July 31 to August 4, also in Calgary.

In his rookie season last year, Barron scored 12 goals and 21 points after being taken by the 67’s in the first round, third overall, in the 2014 OHL Priority Selection.

“It’s gratifying to see these two players continue to receive recognition for the hard work and skill they have shown during their young hockey careers,” said 67’s coach and general manager Jeff Brown.

“Both of these players are leaders on our team and they will be key performers for us during the upcoming season.”

Brown’s son, Logan, a forward with the Windsor Spitfires, was also named to the under-18 development camp.

Meanwhile, 67’s goaltending coach Paul Schonfelder has been named a goalie instructor and coach for the national under-17 development camp.

The 67’s begin the 2015-16 season on Thursday, September 24 in Peterborough against the Petes.

The first home game at TD Place arena is on Sunday, September 27 (3 p.m. start) against the Barrie Colts.