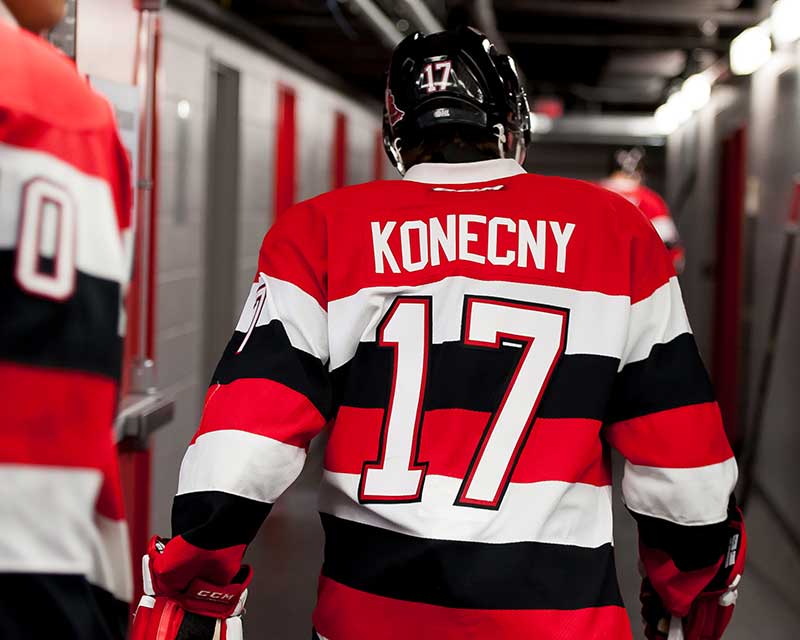 As the NHL regular season winds down this week, drafting position for most teams becomes clearer and clearer. The big question though, which player to select once the draft order is cemented. NHL Central Scouting has released their final draft rankings, including four members of the 67’s.

Ottawa’s captain is the highest ranked of the four and he’s jumped 12 spots since the rankings were last released. Travis Konecny is now 14th among North American skaters and sixth in the OHL draft class. His outstanding play through the second half of the regular season and into the playoffs has made him a hot commodity with NHL scouts.

The trend of smaller, highly talented players like Flames forward Johnny Gaudreau and the Lightning’s Jonathan Drouin should play well for Travis. His stature may not overwhelm you, but his dynamic play and all-heart attitude makes him larger than life. Tampa Bay and Buffalo have been rumoured to be most interested in Konecny, but whichever franchise selects him will be more than impressed with what he can bring to their team.

Ranking 11th among North American goaltenders is 67’s starter Liam Herbst. His renaissance with Ottawa saw him jump from starting only eight games in 2013-14 to 39 in 2014-15.