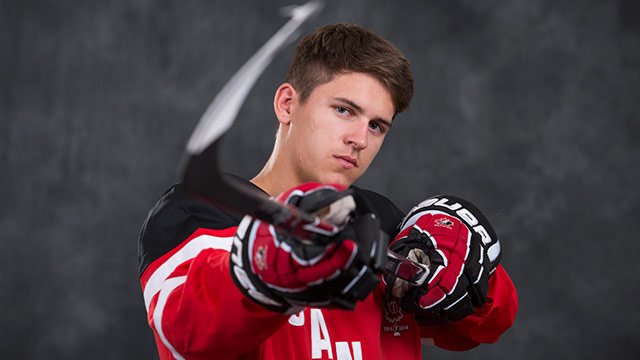 Ottawa 67’s captain Travis Konecny has been named to the World Junior Championship selection squad, Hockey Canada announced Tuesday. The camp is slated to run December 10-14 in Etobicoke, ON.

Konecny leads the 67’s in scoring with 6 goals and 33 assists and is among the top-10 in OHL scoring. The 67’s captain has a goal and 10 assists during the teams current 4-game winning streak.

The first-round draft pick of the Philadelphia Flyers is one of 13 OHL players named to the 30-man selection camp roster vying for a spot on Team Canada for the World Junior Championships that begin December 26 in Helsinki, Finland.

The 67’s take to the ice for practice at The Arena at TD Place this afternoon at 2:30pm. Konency will be available to media at 4:00 p.m.

The 67’s visit the Kitchener Rangers Friday December 4th at 7:30 PM. The team returns to TD Place Arena on Wednesday December 9th vs. Kingston at 7:00 p.m.