Konecny: World Juniors have been something special 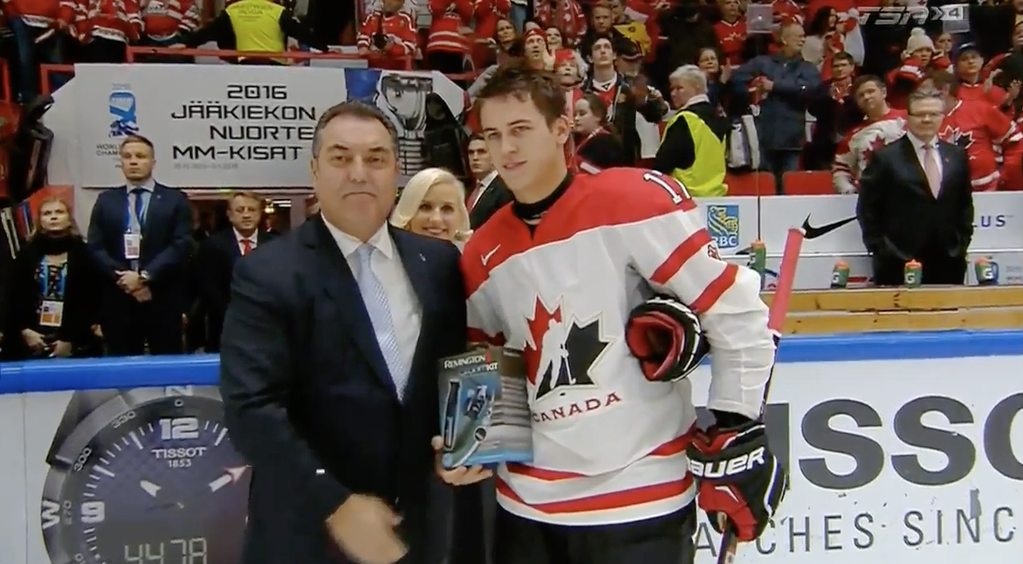 Ottawa 67’s Captain Travis Konecny is living his childhood dream of playing at the IIHF World Junior Hockey Championship for Team Canada this year in Finland.

With the tournament round-robin portion completed and with the quarter-finals due to start today, Konecny is enjoying his time in Finland.

“It has been an awesome experience so far”, describes Konecny, “the World Juniors have been something special to experience, seeing the crowds, the fans coming over to support us has been awesome.”

Travis’ brother, Chase, has always been his biggest supporter, and it’s no different now that he is wearing the red and white for Team Canada. Speaking about his brother, Travis said “he is very excited for me, he’s rooting us on and he’ll be the number one fan for every game.”

Wearing Canada’s jersey and playing at the World Juniors is something every kid dreams of. “Its an honour, it just takes a second to sink in the first opportunity you get to put the jersey on, and realize what you’re doing and who is behind you. You just have to let it soak in and enjoy the experience, wear the jersey with pride and do everything you can for your country,” expressed Konecny.

“It was a challenge playing against him (Matthews) but we defended his line well,” Konecny said.

In all of Team Canada’s games so far there has been one constant line mate for Travis Konecny, Mitchell Stephens.

“I’ve played with him during different Hockey Canada events, we play hard, it’s a good energy line,” suggests Travis, as this duo has great on-ice chemistry.

That energy was put on display during Canada’s last round robin match against Sweden, where Travis had several big hits, negated icing calls, drew penalties and generated scoring chances.

This is the kind of edge the 67’s and Flyers love about Konecny. Incredible skill and can drive you crazy without being dirty.

In that game, Konecny was named Team Canada’s Player of the Game and being a great team player, Travis said, “It was nice to get that recognition, but it would have felt better if we got the win in the game.”

Today, Canada faces host nation Finland in one of the tournament’s quarter-final games. Watch it on TSN at 11 a.m. or listen on TSN 1200.

It’s one of the biggest games of Travis’ hockey career and he offered this comment heading into the tough test.

“The team feels good going into the game, its going to be a great crowd, we have all our fans from back home, were going to play a hard game and put it up against a good team.”