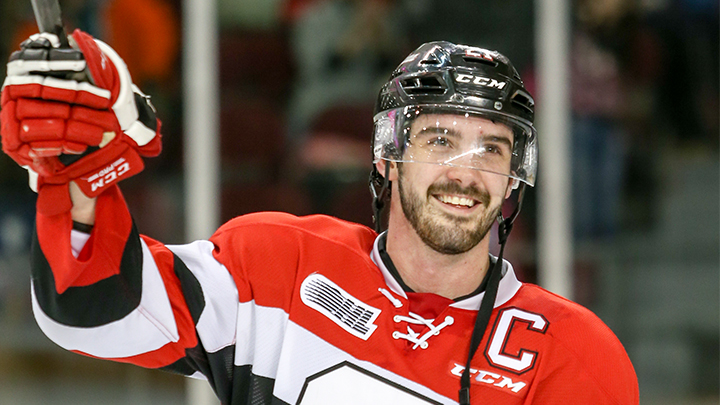 Toronto, ON – The Ontario Hockey League today announced the results of the Eastern and Western Conference Coaches Polls for the 2015-16 OHL regular season.

The OHL Coaches Poll provides member club coaches with the opportunity to recognize the top three players in 20 different skill categories within their own conference.

The Central Division champion Barrie Colts have eight players represented across 16 of the 20 different categories highlighted by Calgary Flames prospect Andrew Mangiapane who was named Most Underrated, Best Skater, and Best Shootout Shooter.

In the Western Conference, the Erie Otters lead the way with seven players represented in 12 of the 20 categories including a league-high nine first place votes. Arizona Coyotes prospect Dylan Strome is the Conference’s top individual winner leading the way in three different areas including Smartest Player, Best on Face-Offs, and Best Shootout Shooter. 2016 NHL Draft prospect Alex DeBrincat was also one of seven Otters to earn first place recognition earning Most Dangerous in the Goal Area accolades for the second straight season.

The Coaches Poll is tabulated when each team submits one nominee per category, and coaches then vote for the top three players for each category within their conference.  Players receive five points for a first place vote, three points for a second place vote, and one point for a third place vote.  Clubs are not permitted to vote for players from their own team allowing for a maximum of 45 possible points for each winner.  This season all 20 OHL clubs are represented in at least one category.

Most Dangerous in Goal Area