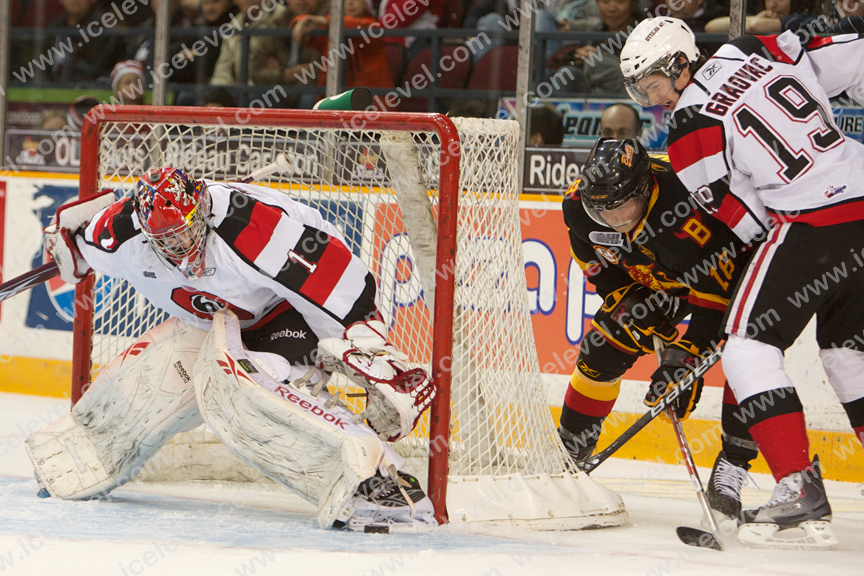 Peter Mrazek was a shot shy of facing 50 on the night, but the Ottawa 67’s netminder backstopped his team to a comefrom-behind 5-3 victory over the host Belleville Bulls on Wednesday night.

The Bulls scored twice in the first period and led 3-0 after two before Ottawa’s offence finally came to life, scoring five straight times, including an empty-net goal by Dalton Smith at 19: 46 of the third.

Sean Monahan had two goals for the 67’s, whose Ontario Hockey League record improved to 36-16-2. Tyler Toffoli had his 46th of the season and Cody Ceci also