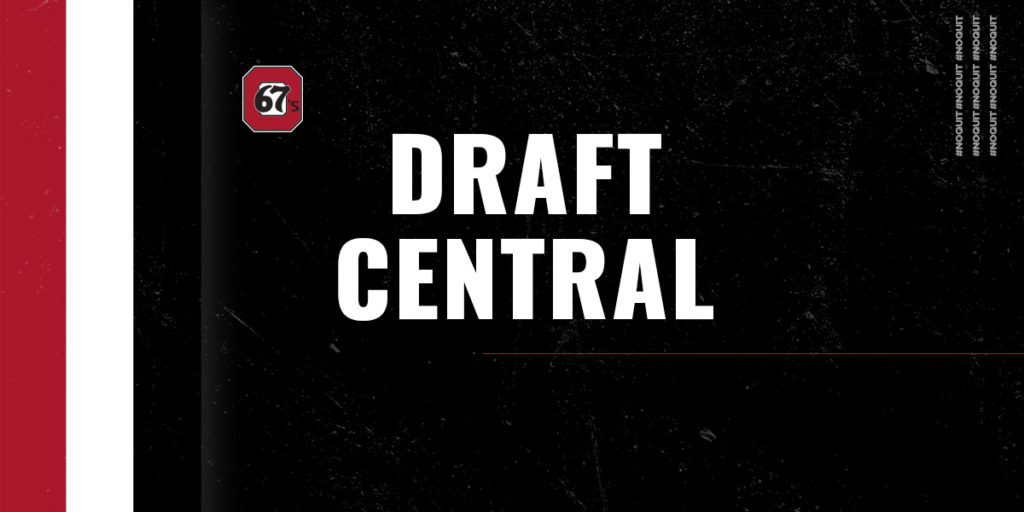 October 6th marks one of the most important and anticipated nights of the hockey season, The 2020 NHL Draft. Although this year will look different, it will still be a night to remember for many junior hockey players. The Ottawa 67’s have multiple players who are preparing to hear their names announced by one of the NHL teams. Two of those players are projected to go in the first round, Marco Rossi and Jack Quinn. As we count down until October 6th, we will be highlighting all players who are in their draft year.

Follow along on our official Draft Central page for all and every update.