Konecny scores in shootout to pace 67’s to victory 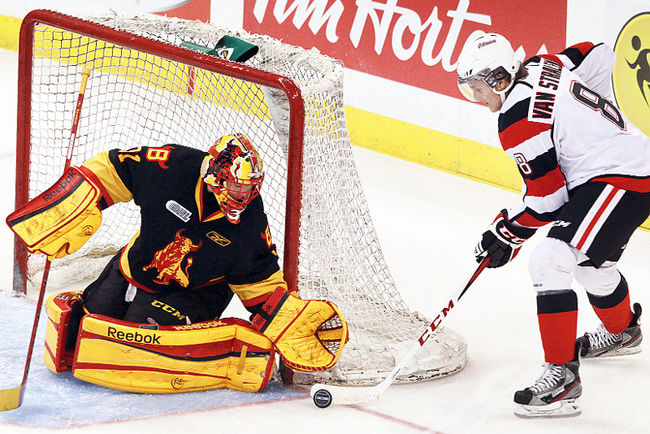 Ottawa captain Brendan Bell scored a power play goal 14 minutes into the third to knot the score at 2-2. The teams finished regulation tied and did not settle the game in overtime.

Konecny was the only player to score in the shootout. Ottawa goalie Philippe Trudeau turned aside 32 shots in regulation, two in overtime and three in the shootout to secure the victory.

Tbd 67’s have moved into a tie for seventh in the OHL’s Eastern Conference with Mississauga, two points ahead of ninth-place Niagara. The top eight teams in the conference earn a playoff berth.

Connor Brown also scored for the 67’s while Erik Bradford assisted on both Ottawa goals.

The 67’s are in action next on Saturday in Barrie.