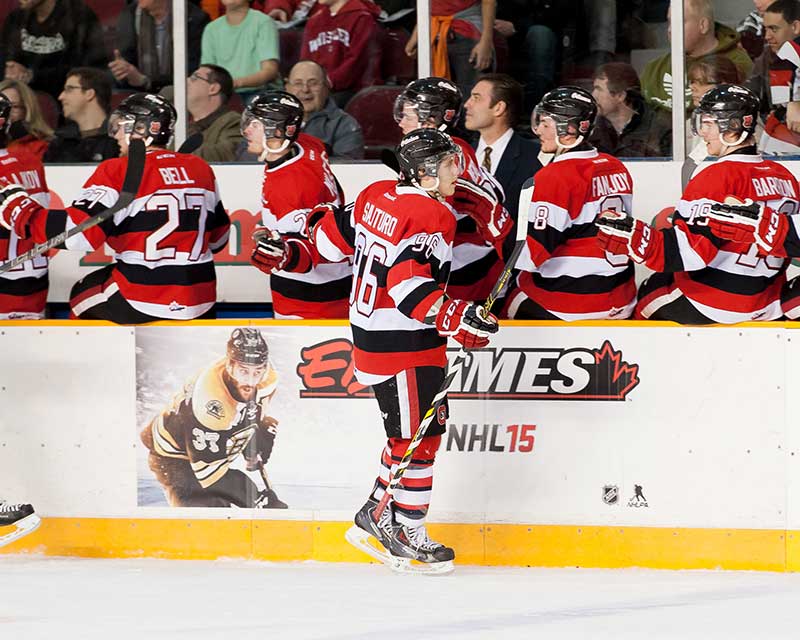 Toronto, ON – The Ontario Hockey League today announced that 2015 NHL Draft prospect Dante Salituro of the Ottawa 67’s is the Pioneer Energy OHL Player of the Week for the first week of OHL playoff action ending March 29 recording seven points in two games scoring four goals and three assists with a plus-minus rating of plus-6.

Salituro tops the OHL playoff scoring chart after one week of post-season action helping the 67’s take a 2-0 series lead in their first round Eastern Conference Quarter-Final series against the Niagara IceDogs.  The fourth seeded 67’s picked up both wins on home ice including an 8-5 victory on Thursday and an 8-2 win on Saturday.  Salituro made his OHL playoff debut in style matching a season-high five-point performance scoring twice with three assists for second star honours in Game 1, while netting two goals in Game 2.  The series continues in St. Catharines with Game 3 set for Monday night and Game 4 on Wednesday.

Salituro, an 18-year-old from Willowdale, ON, is playing in his third OHL season with the 67’s.  A first round pick in the 2012 OHL Priority Selection, Salituro led the club in scoring this season with a career-high 78 points in 68 games with 37 goals and 41 assists.  He is eligible for the 2015 NHL Draft.

Click here to watch video highlights of Salituro and the 67’s against the IceDogs in Game 1 and Game 2.

Tickets for Game 5 are still available by visiting capitaltickets.ca.