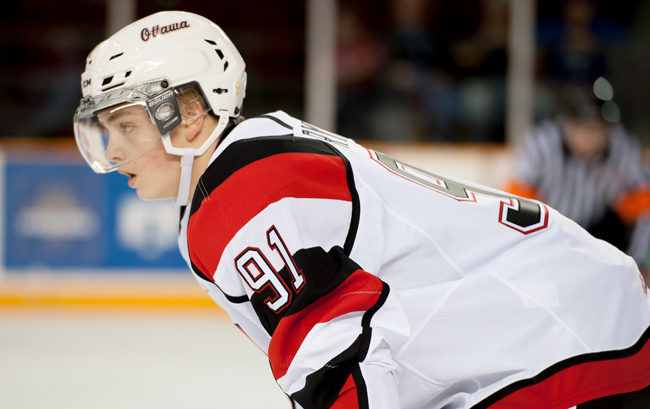 Rymsha, a sophomore in the OHL, joins the 67’s after spending last in London with Knights. Ottawa acquired the 17-year-old from the Knights in exchange for a second-round pick in the 2018 OHL Priority Selection.

In his first year, the American centre tallied 12 points (5G, 7A), while also adding 51 penalty minutes in 62 games.

Though he’s yet to record a point with 67’s, GM/head coach Jeff Brown has liked Rymsha’s game since arriving in Ottawa. “He’s won a couple great draws,” said Brown after Friday’s 4-2 win over Oshawa. “That’s what we got him for.”

Rymsha suited for Team USA in the Ivan Hlinka Memorial Tournament this year and scored two points in four games. His father, Andy, was actually born in St. Catherines, ON and played on the Canadian national team, as well as the NHL’s Quebec Nordiques.