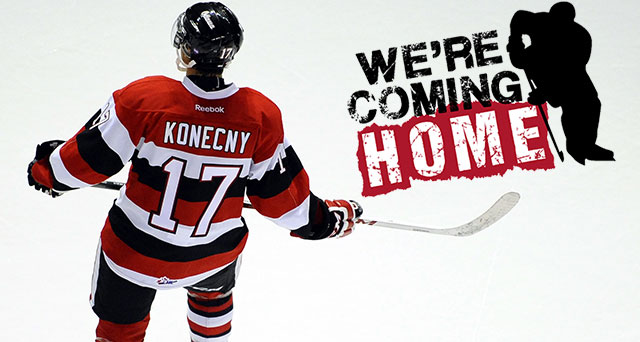 The 2014-2015 regular season schedule has been released including the Ottawa 67’s much anticipated return to historic Lansdowne on October 10th.

The 67’s will kick of their season with a four game road trip visiting the Kingston Frontenacs on September 26th, the Oshawa Generals on October 3rd, the Barrie Colts on the 4th and finally the Owen Sound Attack the 5th, before returning to TD Place to host the Niagara Ice Dogs for their home-opener.

Construction on the new TD Place Stadium is nearing completion with the home of the Ottawa REDBLACKS and the Ottawa Fury set to be unveiled during their upcoming home-openers on July 18th and 20th. The new renovated TD Arena will later be complete for the 67’s October 10th home coming. Fans can look forward to many new features in the historic arena including all-new premium seating, state-of-the-art scoreboard and digital signage.

Early bird season tickets and all new early bird premium tickets for the 2014-2015 season are on sale now but only for a limited time.