Salituro milestone not enough for 67’s 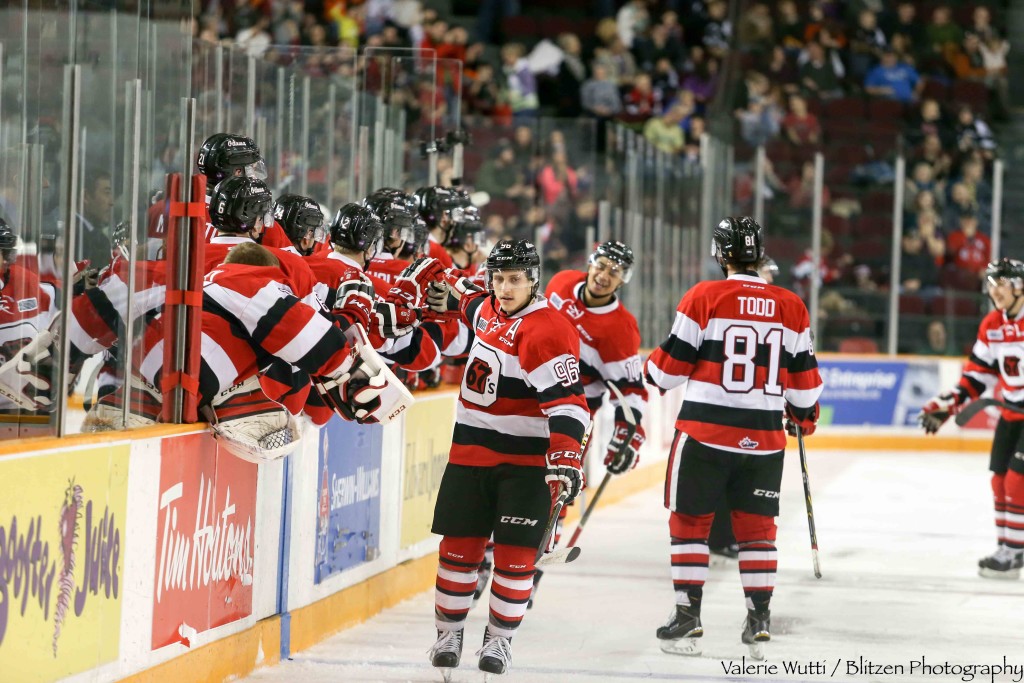 Saturday’s game between Ottawa and Owen Sound looked fated for overtime, but an Attack goal with less than three-minutes remaining saw the visitors claim all the points in a 5-2 decision.

The more than 4,000 fans in attendance at the Arena at TD Place witnessed a career milestone for Dante Salituro who scored his 100th and 101st goal of his OHL career.

While the opening frame was quiet on the scoreboard as 67’s goaltender Liam Herbst stopped all 10 shots he faced; Jeremiah Addison and Jacob Friend dropped the gloves in the final minutes of play setting the tone for the second period.

The visitors broke the stalemate just over a minute in to the second period on Jonah Gadjovich’s 10th goal of the season. Undaunted, the 67’s energy created two powerplay opportunities, but were unable to find an equalizer despite firing 11 shots on goal.

Dante Salituro reached an OHL milestone just over two minutes into the final period. Salituro notched his 27th goal of the season which was also his 100th career goal. Minutes later, the Attack regained the lead as Nick Suzuki beat Herbst to restore the visitors lead.

Salituro would continue to carry the hot-hand in the third once again pulling the game level before the midway point of the third period.

The game seemed destined for overtime, but Nick Suzuki’s second of the game again restored the Attack’s one-goal lead. Owen Sound would score twice more, one of them completing the hat-trick for Suzuki for a 5-2 win for the Attack.

Following the game when asked about his milestone achievement Salituro said “it feels good to get 100 goals, but we didn’t get the win and that is what means the most to me.”

It was just the second regulation loss in the last eight home games for the 67’s who are on the road Sunday for a 6:05 p.m. puck drop against the Oshawa Generals at the General Motors Centre.