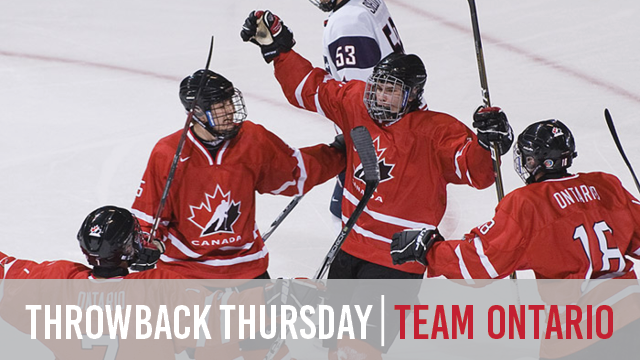 With Travis Konecny and Stepan Falkovsky heading off to their respective World Junior Selection Camps today, we throwback to another 67 that represented his country well and won gold at an international tournament.

Sean Monahan, now the Calgary Flames number one centre, was an outstanding minor hockey player before entering the Ontario Hockey League and joining the Barber Poles.

As a 15-year old he won the OHL Cup with his Mississauga Rebels in 2010, and also took home the Tim Adams Memorial Trophy, an award handed out to the MVP of the tournament. An honour that the likes of Steven Stamkos, Connor McDavid, and even current 67’s winger Adam Craievich have won over the years.

The following January (2011), Sean suited up for Team Ontario at the 2011 World U-17 Hockey Challenge in Winnipeg, MB. He was instrumental in winning the gold for his home team, as he scored two goals in the championship game, including the game-winner against the United States.

Check out those two goals below.