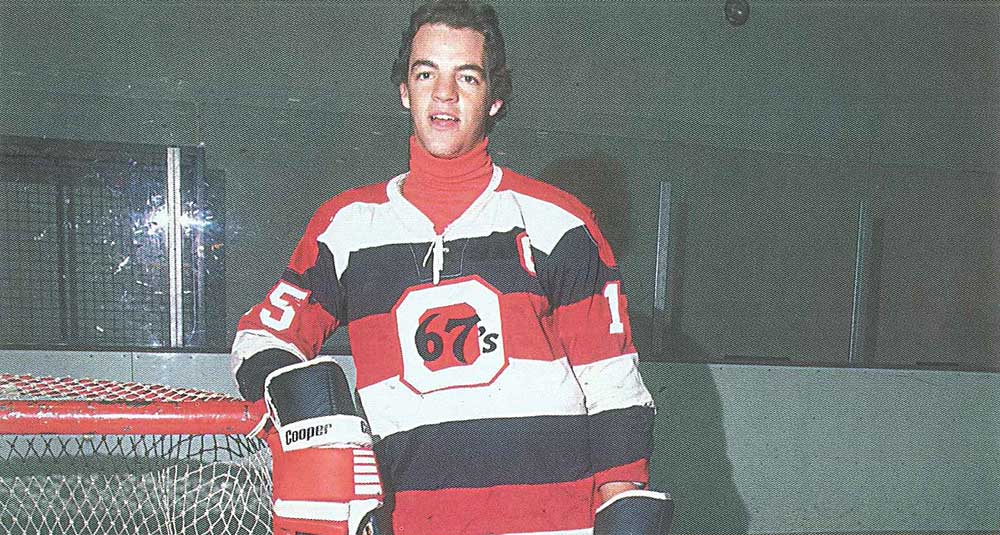 OTTAWA – Ottawa 67’s alumnus Bobby Smith, played three seasons in the nation’s capital before starting a long and successful career in the NHL. Smith played for the 67’s from 1975-1978.

Smith played just under 234 games for the 67’s scoring 191 goals and 259 assists, collecting a total of 450 points. In 1977 he played all five games scoring six goals and six assists in the Memorial Championship. It earned him the George Parsons Trophy for sportsmanship and a spot on the 1977 CHL All-Star team.

Smith beat out a young Wayne Gretzky for the OMJHL scoring title with a career high 123 assists and 192 points in the 1977-1978 season. Not only did he win the Eddie Powers Memorial Trophy for most points but also the Red Tilson Trophy for most outstanding player and was voted the CHL Player of the Year.

Each year, the Bobby Smith Trophy is awarded to a young hockey player showing high standards of play and academic achievement.