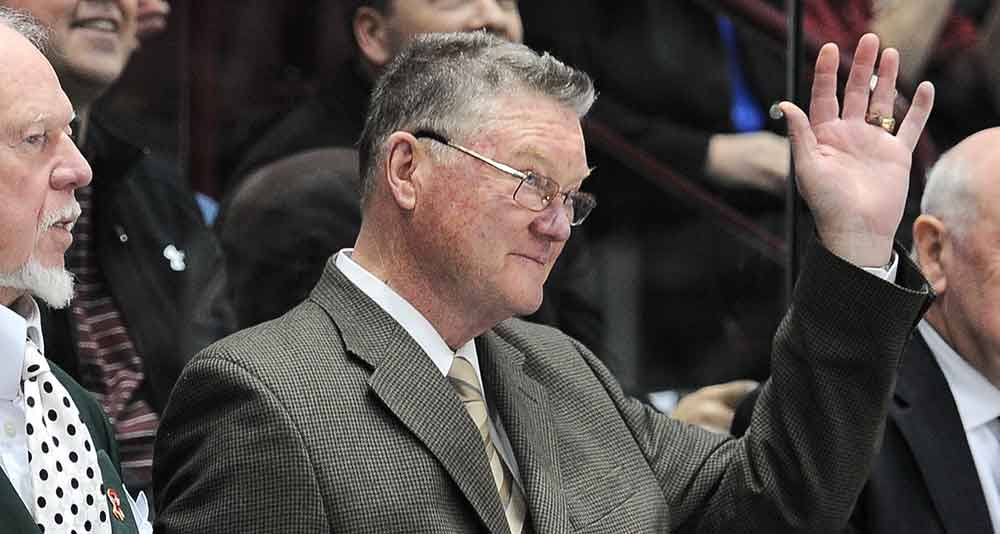 That’s a lot of anything.

That’s a little more than 83 straight days, 24 hours a day, behind a bench.

In the case of Brian Kilrea, I don’t even want to try and figure out how many Molson Exports, Don Tomas Cetro #2 cigars, one-liners, expletives, laughs, yells, smiles, shouts, moments of joy or instances of grief that adds up to, though we know the wins far outweigh the losses.

Kilrea, our living legend, will be behind the bench for his 2,000th regular-season game tonight.

You don’t get to coach that many games without winning most of them, without making the relentless quest for excellence your goal every day, without meeting that goal on a remarkably consistent basis.

“I’ve been lucky. The owners kept me around,” said Kilrea who was hired by co-owners Earl Montagano and Howard Darwin, who sold the 67’s to current owner Jeff Hunt in 1998. “How many coaches get the opportunity to stay? There have been good and bad years, but a lot of coaches don’t get a chance to survive the bad years.”

There haven’t been too many of those “bad years.” The 67’s have lost more than they have won in only four of the 29 years Kilrea had been behind the bench going into this season.

That is an incredible standard of excellence in the cyclical nature of junior hockey.

Milestones always spur reflection, so out of all those games over all that time, here are the 10 games Kilrea selected for the Sun — games that stand out the most in his mind and why over the last 30 years …

“I think this is the most memorable because it’s in the home town and in front of the home fans,” said Kilrea, who saw Matt Zultek score in overtime to clinch Ottawa’s second Memorial Cup. “You don’t get that opportunity too much. We had a 4-1 lead and then all of a sudden we made a couple of mistakes and they went ahead. Then we won it in overtime. That was a good game, up and down the ice.”

“Adam Creighton just took over. He was the driving force of that team. He just destroyed Kitchener,” said Kilrea of the big centre who had a goal and an assist against the Rangers to help deliver the 67’s their first Memorial Cup. Creighton tied for the tournament scoring lead with Ottawa defenceman Bruce Cassidy, each with 12 points in 10 games.

The 67’s were forced to play Game 7 of their opening round series at the Bob Guertin Arena after they were kicked out of the Civic Centre for The Home Show. Kilrea found three lucky pennies the day of the game and he needed every one of them. With 1:33 left in the game and the 67’s down by a goal, forward Mike Peca, the 67’s best player, was penalized for interference. Kilrea walked down the bench to where assistant coach Bert O’Brien was standing. “This one,” said Kilrea, “is a little tougher now.” With two seconds left and the goalie pulled for the extra attacker, Steve Washburn scored shorthanded on a rebound. Defenceman Wade Simpson, who had promised $100 to whoever scored the winner, scored it himself at 4:46 of the first overtime.

The 67’s were down 3-0 in the series and trailed 5-4 in Game 4 with 23 seconds to go. They hadn’t won in Oshawa in four years. Then … “(Oshawa defenceman) Dean Morton, who’s now an (OHL) linesman, was trying to put the puck into the corner and he put it in his own net to tie the game,” remembered Kilrea. Frank DiMuzio was credited with the goal. Matt Smyth scored on a rebound at 5:53 of overtime to launch what would turn out to be an unprecedented comeback.

In their final game of the regular season and chasing the Kitchener Rangers for the OHL regular-season title, the 67’s were down by two goals with 10 seconds left when they got a goal from defenceman Brad Shaw. Creighton scored with just three seconds left to tie the game and send it into overtime. Phil Patterson then scored the winning goal 56 seconds into overtime.

“We didn’t want to go into the playoffs on a losing note,” said Kilrea.

The win gave the 67’s a 50-18-2 record and a third-straight Leyden Division championship.

The game was Kilrea’s 1,000th win, building on his own record and coming against an old foe and friend, the late Bert Templeton. The game wasn’t significant so much because it was his 1,000th win, but because Templeton, who started coaching in the OHL the same time as Kilrea, was there to share it.

“Bert was still with us and he crossed the ice to shake my hand,” said Kilrea.

With Kilrea having announced he was retiring at the end of the season, the 67’s faced elimination against the Cents.

“We were down by three goals in the third period and we tied it up,” said Kilrea. Coming after that miracle comeback against Peterborough, it seemed like the 67’s didn’t want Kilrea’s days behind the bench to end. “We ended up losing in overtime. That was to be the last game and all the North Bay players came over and shook my hand,” said Kilrea.

“You always think you’re going to win the last game you will ever coach,” said Kilrea after the game. “My only regret is I wanted to play on and on.”

In a series that featured two teams owned by Howard Darwin, the 67’s won their first J. Ross Robertson Cup after going 38-23-5 in the regular season and winning their first Leyden Division title under Kilrea. “That was our first OHL championship and we won it here against London in Game 6. We won 7-0 and our guys played unbelievable,” said Kilrea.

Kilrea’s first game behind the 67’s bench. “I remember we won 9-6 and (former Leaf great) George Armstrong was coaching in Toronto. I didn’t know much about the league or the opponents. Tim Young and Peter Lee started to show some greatness. Everybody but the goalie was happy with that game.

After being down 3-0 in the series and tying it up in Game 6, the stage was set for the 67’s to stage one of the most remarkable comebacks in league history. “Late in the first period, there was a cross-ice pass and Andrew Cassels dove and he timed it perfectly. He got his stick on the puck and it went in. That was the first goal in what turned out to be a 5-0 win.”