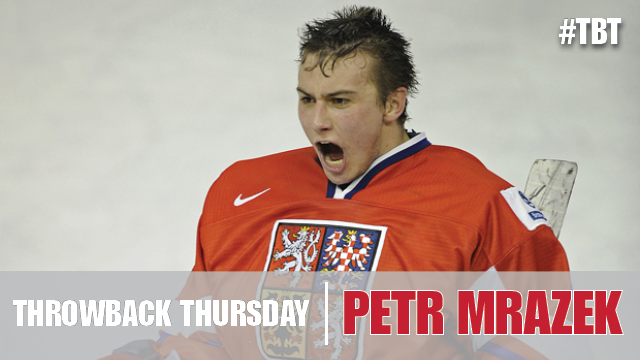 Continuing with our national team representative theme from last week, we throwback to netminder Petr Mrazek and his dominant 2012 World Juniors’ performance.

Mrazek, a native of Ostrava, Czech Republic, suited up for his home country and though they were unsuccessful in claiming a medal, he was named the IIHF’s best goaltender of the tournament.

His most memorable game with Team Czech Republic had to be a 52-save stunner versus the United States.

The US was thought to have one of the better rosters heading into the preliminary round, though it was the Czechs that would eventually move on to the quarterfinals.

Tied 2-2 heading into the third period of the teams’ only matchup of the tourney, the Americans fired 33 shots at Mrazek in the first two frames. They continued their barrage by sending another 21 his way, though the former 67’s goalie slammed the door and stopped everything in the final frame.

His teammates tallied three goals in that period and clinched the victory for their nation. Check out the highlights below.