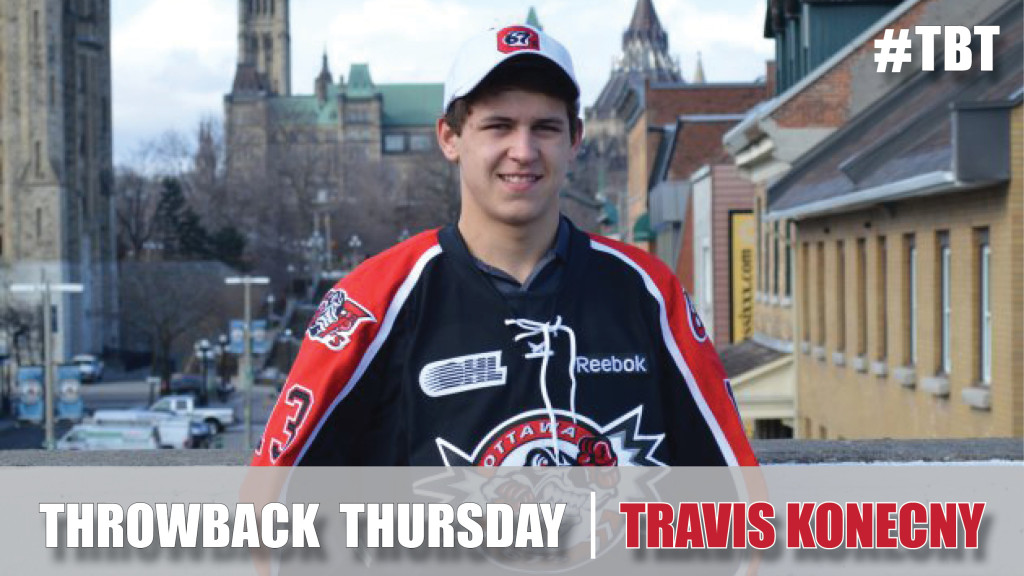 67’s captain Travis Konecny prepares for the biggest day of his life (so far), as the 2015 NHL Draft gets going tomorrow night at 7 p.m. in Sunrise, FL.

It’s only been two years since Konecny was chosen first overall by the Ottawa 67’s in the OHL Selection Priority. Let’s take a look back at how well Travis handled the excitement and anticipation of that momentous day.

Congrats to the Ottawa 67’s and the 1st overall pick of the 2013 OHL Priority Draft, Travis Konecny pic.twitter.com/TjnDdSNido