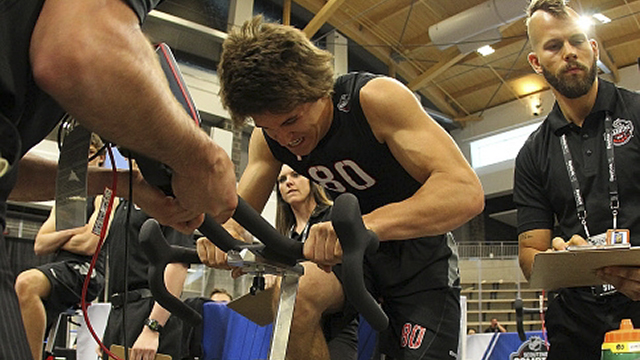 Not only did he meet with 25 NHL clubs, but he placed in the top 10 of five fitness tests. His overall performance had to have raised his draft stock, as he came out as one of the most well-rounded prospects at the combine below.

His endurance and high-energy caught the eye of many NHL scouts and media members alike. Take a look at Konecny’s combine experience through different social media.