The Ottawa 67’s were looking to clinch the Eastern Conference title on Friday night inside The Arena at TD Place, as they hosted their East rivals, the Oshawa Generals.  The Barber Poles did so in convincing fashion, beating the Generals by a score of 4-1, thus clinching the title with 11 games to go in the regular season.  Marco Rossi, Cameron Tolnai, Mitch Hoelscher and Austen Keating were the goal scorers for Ottawa in the win.

Ottawa took a 1-0 lead at 7:22 in the opening period, thanks to Marco Rossi’s 35th goal of the season, who beat Jordan Kooy with a precise shot low-blocker side on the power play.  This would be the only goal in the first period, in which the 67’s outshot the Generals 13-10.

Cameron Tolnai made it 2-0 for the hosts with a breakaway goal just past the halfway point of the second frame, after the 67’s number 10 had missed a golden opportunity a few minutes earlier.  Tolnai’s good form of late carried on with that goal, giving him six points in his last four games.  Both teams would head back to the locker rooms with a 2-0 advantage for Ottawa going into the third and final period.

67’s looked like they were going to get away with this one pretty comfortably, until a power play was awarded to Oshawa in the late stages of the game, allowing Brett Neumann to cut the 67’s lead in half thanks to a point shot that had eyes with about two minutes and a half to go in the game.  Mitchell Hoelscher and Austen Keating went on to score goals in an empty net, making it a final score of 4-2 Ottawa.

With this win, the 67’s now clinch the Eastern Conference title with 11 games remaining on the schedule.  Ottawa won’t have to wait long to face the Generals once again, as they’ll be visiting Oshawa on Sunday, but before, they’ll be facing the Barrie Colts tomorrow afternoon inside The Arena at TD Place as soon as 3:30 PM, in a contest that will be nationally televised on Sportsnet.

On reaching 30 wins for the second straight season…. “It feels good.  It’s always an honor, there’s been a lot of good goalies here in Ottawa and to be able to do it twice is really cool.  A little bit more losses this year, but have to be able to suck a couple to get a couple.”

NEXT GAME: Saturday at 3:30 vs Barrie. Ticket link below… 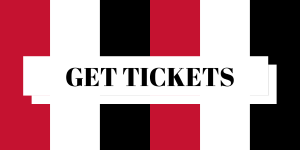