With a great 2019-2020 season with the 67’s under his belt (18-2), Cranley got drafted earlier today by the Blues in the 6th round, 163rd overall. According to 67’s head coach André Tourigny, Cranley has a great career ahead of him. “He’s a big goalie with a lot of talent. He’s mentally strong and he’s able to bounce back. He played well under pressure. Just look at his record of wins and losses.”

Will Cranley posted a 2.81 goals-against average and a .894 save-percentage in 21 games with the OHL’s Ottawa 67’s last season. He posted a shutout streak of 159 minutes, 36 seconds in January – the second-longest all-time by an Ottawa goalie. #stlblues #NHLAllStar 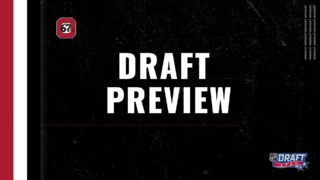