5 Reasons To Join Us For Some 67’s Hockey

The #NoQuit movement has begun again and we couldn’t be more excited.

Here are the Top 5 Reasons to come to a game this year inside The Arena at TD Place:

1. New Season + New Start – Coaches always say ‘It’s so important to get off to a good start’.  That starts in minute one of the first shift in the first period. We need you to be here, making noise from minute one. We need you decked out in your best barber pole jerseys, tee shirts, hats. We need you to start the chants, clap along and support the boys in red/black/white right from the very first moment. And, we need more cowbell (Seriously, if you have one, bring it)

2. The Team – For the most part the team is intact. Yes some players have moved on to NHL clubs, but the D is pretty much the same. This was the same defensive core that was known as the league’s stingiest defence, surrendering just 183 goals.  For the most part, this is the same team that won a league-high 29 games on home ice including a string of 14 straight from December 28 to March 3. Pretty much the same core that won 29 home games last year… which is incredible. It is fast paced, relentless hockey.

3. The Coaches – Coach Andre Tourigny is the reigning OHL Coach Of the Year. This past year with Tourigny behind the bench the 67’s set a new franchise record with 106 points to claim their fourth Hamilton Spectator Trophy as the OHL’s first place team.  They also tied the franchise record of 50 wins – equaling the total from the 1982/83 season. And remember, Coach Tourigny also has his coaching staff returning; Mario, Norm, Charles, Derek, Evan, Kyle, Sean, Gordon and Marc. This group of leaders was a huge part in our success and our #NoQuit DNA.

4. The Momentum – Remember the whirlwind of last year? Remember #NoQuit? Setting a record high in points, players scoring goals left and right, exciting end-to-end that keep crowds coming back to The Arena at TD Place? Of course you do. Hockey is a game of momentum and, with your help in the stands, the momentum can be on our side. (See point 1)

5. The Arena – there’s something very special about a fresh sheet of ice going in. The anticipation gets real when the chill of fresh ice is in the air. Last season we saw some incredible crowds inside The Arena at TD Place, especially during that epic playoff run. If felt like every goal scored added a notch of excitement inside the barn. Electricity was building all year and increased throughout every playoff game. That electricity has already started to build for this year with a solid training camp and pre-season.

We invite you to be a part of something really special. The #NoQuit movement is real. Join us inside The Arena at TD Place for a game. You’ll have a  blast! #NoQuit was and is more than our motto. It’s the call to arms for every hockey fan in the Nation’s Capital to stand beside us as we try and make history again. Hockey is the greatest game on ice and we get chills just thinking about being in front of the best fans in the league. Join us! 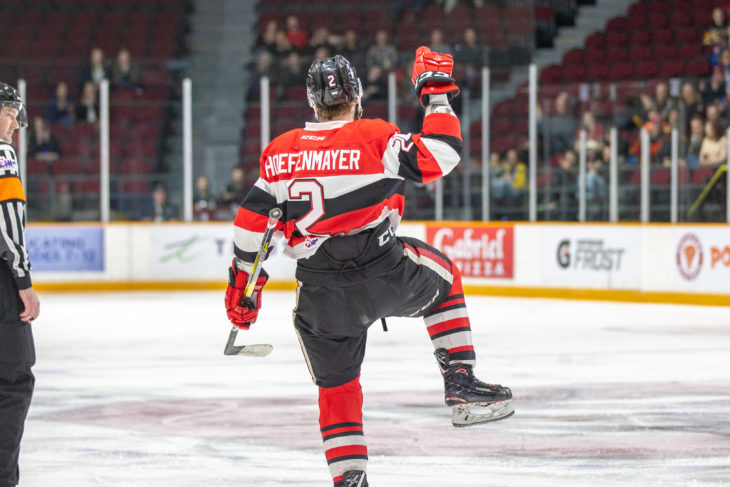