Noel Hoefenmayer and Merrick Rippon took their webisode show “Ripp & Hoef” on the road and this time they brought their pals Mitch Hoelscher and Will Cranley.  The boys went out to surprise their namesakes the AAA – Junior 67’s at a team practice.  The boys went to shine a light on goalie Zoé Cliche who is the only female player in Hockey Eastern Ontario to play on a  AAA Peewee boys hockey team.

Noel, Will and Mitch all helped out as guest coaches for the evening. 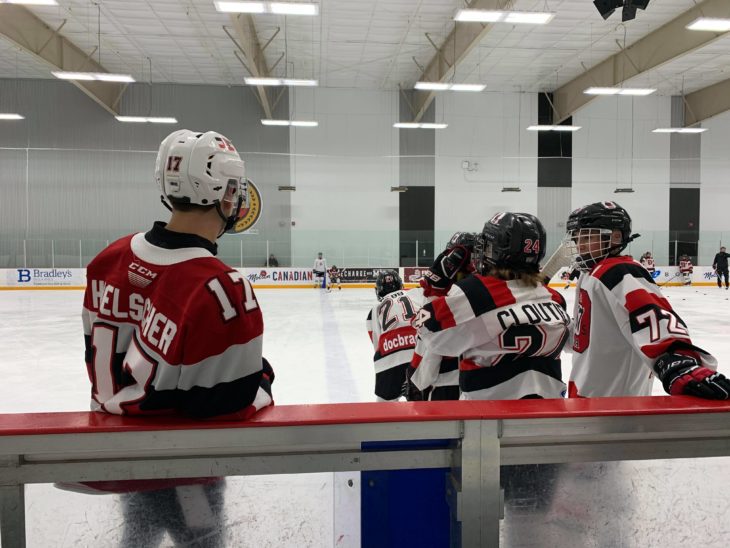 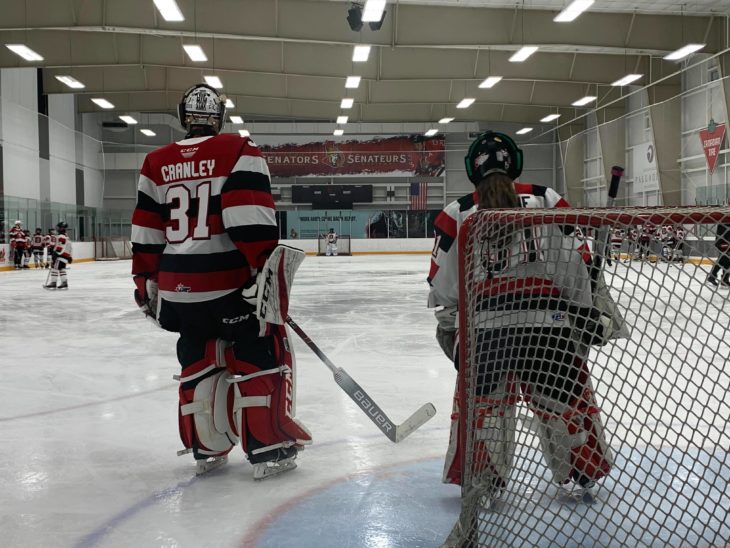 Zoe was a little bit of celebrity for the night.  CTV’s Terry Marcotte came to do a feature on her and her team. 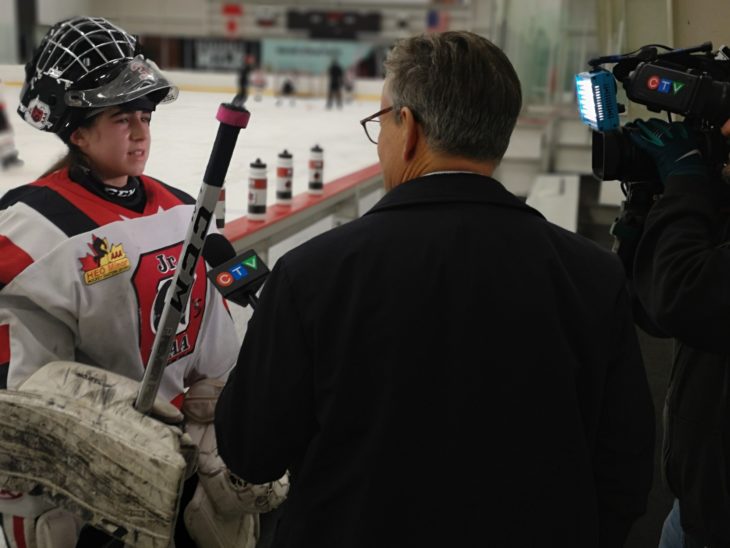 Of course, the evening wouldn’t be complete without autographs from the 67’s. Will Cranley even gave Zoe his stick signed with some words of inspiration! 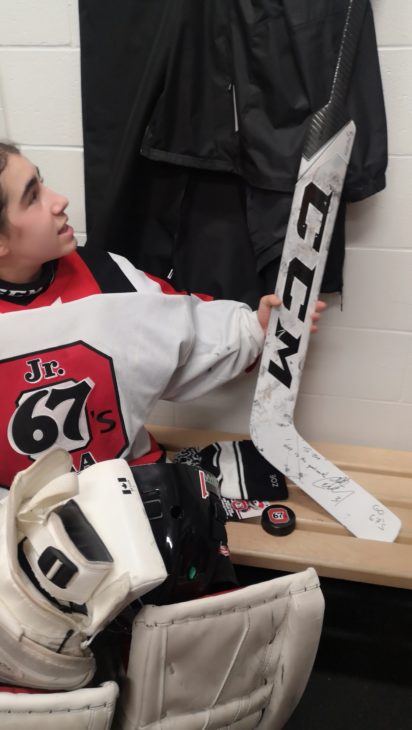 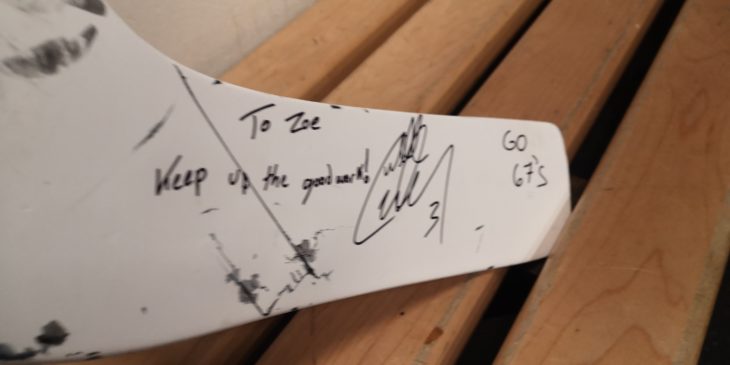 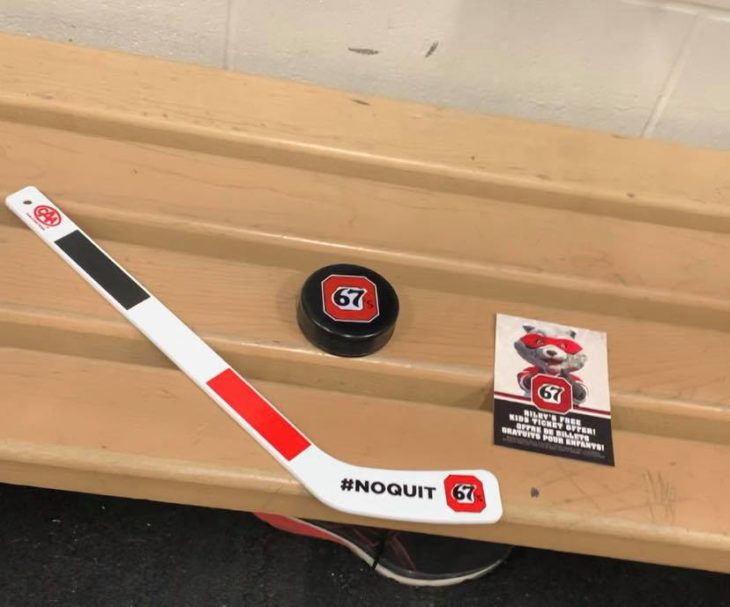