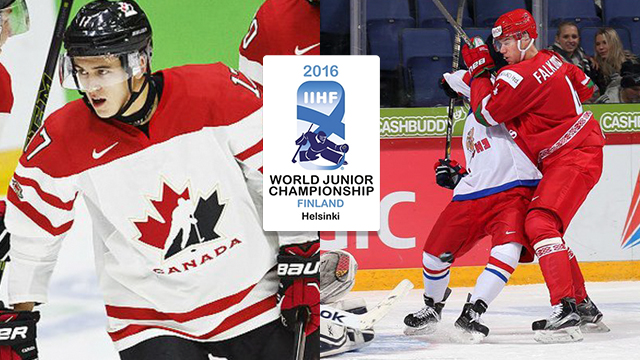 After four days of tournament play Travis Konecny and Stepan Falkovsky have both recorded their first points of the World Juniors.

Konecny collected his on a beautiful wrap around pass to longtime friend and Frontenacs forward, Lawson Crouse. As you can see below, TK circles the Danish net, then slings the puck tape-to-tape onto Crouse’s stick, where the Fronts winger taps in an easy one.

Konecny finds Crouse on the doorstep. 4-1 for Canada. #WJC2016 pic.twitter.com/CtjWHzX2bZ

Though Konecny has not been utilized in Team Canada’s top six, he’s making the most of his opportunities and has filled an important role for his home nation.

Through three preliminary games, Team Canada sits second in Group A with a record of 1-1-1, good for five points. After suffering a 4-2 loss to the Americans, the Canucks responded by defeating Team Denmark 6-1 and the Swiss 3-2 in a shootout. 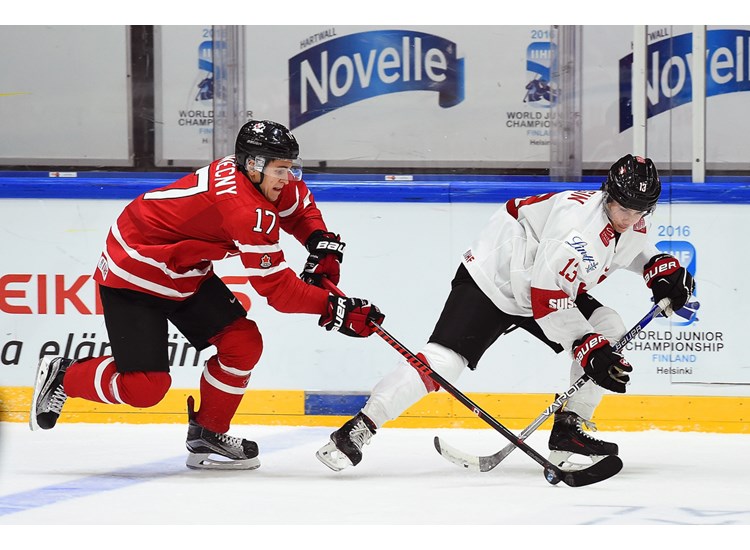 Next up for Travis and Team Canada are the tournament-leading, unbeaten Swedes. The Canadians narrowly defeated Team Sweden in exhibition play, downing the Nordic powerhouse 7-6 after holding a 5-1 lead heading into the third period.

Typically, the World Juniors is dominated by 19-year olds and therefore the team featuring the most elder statesmen always excels. Well, that trend has continued this year, as Sweden has 15 players born in 1996, the most of any nation at the tournament.

Canada will be in for their toughest test on New Year’s Eve at 1 p.m. as they face off against Team Sweden. Watch the game on TSN or listen on TSN 1200.

The 67’s other representative at the World Juniors also got on the score sheet for his home nation Belarus. Defenceman Stepan Falkovsky tallied his first points against the Czech Republic on Wednesday morning.

He sparked Team Belarus with a power play goal that tied the game at 1-1 early in the second period and then assisted on the go ahead goal only 10 minutes later.

Though Belarus has not faired well in the preliminary round, losing all four contests, Falkovsky has been a standout on the team.

67’s six-foot-seven defender Stepan Falkovski is having himself a game. Played a key role on both of Belarus’ goals including scoring 1st

I’ve been a fan of Falkovski since I seen him play in October. Having a breakout game today. #WorldJuniors

Co-founder of TheHockeyHouse.net and hockey writer Steven Ellis covered the Belrusians 5-3 loss to Team Czech Republic and noted that “Falkovsky was the star of the contest”. Read his entire article here.

Falkovsky and Team Belarus are now headed to the relegation round, where they’ll likely face the Swiss in a best-of-three series to determine who will remain among the top 10 nations.

The loser of the round will drop back into the Division 1 A group and must compete for the opportunity to gain entry into the main tournament once again.

The relegation round starts on Saturday, January 2 at 5 a.m. EST. Unfortunately, TSN won’t be airing these matches.