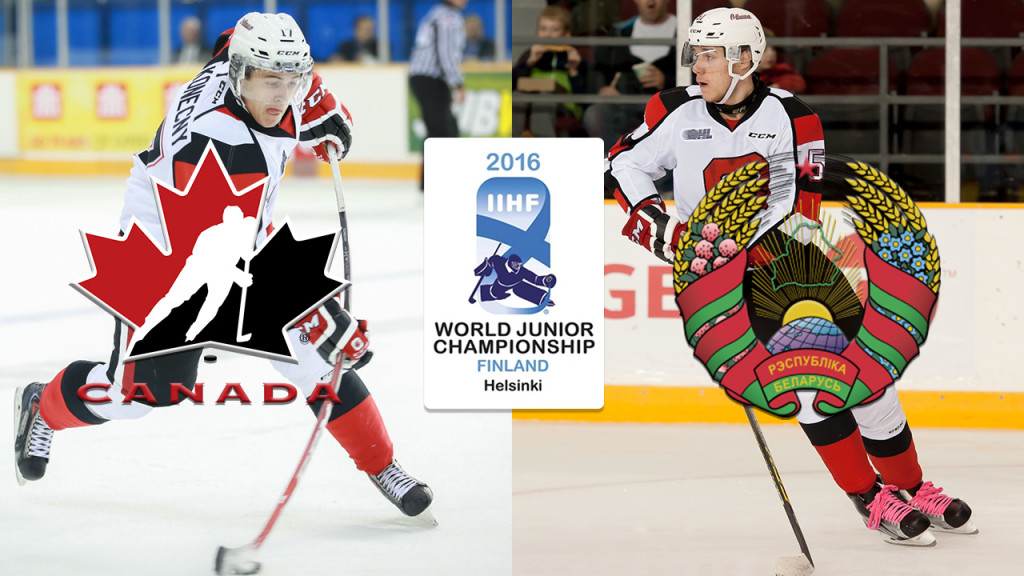 The Ottawa 67’s own Travis Konecny and Stepan Falkovsky face their first World Juniors competition as the tournament opens today at 7 a.m. EST.

Falkovsky and Team Belarus are set to take on host nation Finland in their first World Juniors action since 2007.

The 67’s towering defenceman will be relied upon heavily by Belarus, as he’ll anchor a group of otherwise unknown blue-liners. Belarusian head coach Alexander Beliavski is counting on him to be a leader on and off the ice.

“We hope he can make the team better, bringing some confidence for our guys. We play in different leagues. He recognizes the Canadian style, and we hope he can make a good influence on the team, ” said Beliavski.

Falkovsky and his Belarusian squad line up against Finland today at 11 a.m. on TSN. Watch it here.

Two hours later, Travis Konecny and the Canadians start their preliminary round with a matchup versus cross-border rival Team USA. These two teams have a long history of competitive games at the World Juniors. This year the Americans may, yet again, present the toughest test for Canada, as they hope to defend their 2015 WJC gold.

The 67’s captain is slotted to play the right wing with fellow OHLers centre Mitchell Stephens and longtime friend Lawson Crouse. That line looked dynamic in both ends of the ice against the Czechs in exhibition play.

Team Canada and Travis Konecny match up against arch-rival USA at 1 p.m. on TSN. Watch it here.